Melina Pyrgou is the Managing Director of Pyrgou Vakis Law Firm. She is also currently appointed as a Board Member of the “Health Insurance Organisation” as the representative of the Cyprus Government, Member of “The Cyprus Legal Council” chaired by the Attorney General of the Republic of Cyprus, Board member of the Cyprus Investment Promotion Agency, Member of the Disciplinary Committee of the Institute of Certified Public Accountants of Cyprus. Melina was also listed in “Legal 500” EMEA 2016+2017 as “Recommended Lawyer” in the areas of Commercial, Corporate and M&A and served as President of EuropeFides Association for 2016. She acted as country expert for projects of the European Commission in the field of the environment and others. She also participates in panel discussions, conferences and invited to take part of ministerial committee for the reform of the Registrar of Companies. Presented a paper on “Prosecuting Environmental Law offenders in Cyprus” in December 2016 upon invitation by the University of Cyprus. 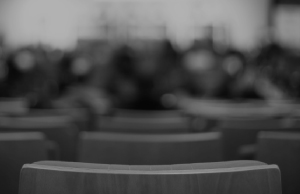